Barb came to Ann Arbor to attend the University of Michigan in the 1970s, and never left.  After completing both undergraduate (BSN) and graduate degrees (MSN) at UM, she worked for the next 20 years in the Emergency Department as a Clinical Nurse Specialist.  She also has used her nursing skills in roles as a Poison Control Specialist, Camp Nurse, Parent-Child Nurse, and a nurse educator.

Barb has been married to her husband John for over 40 wonderful years, and they have three grown children, J.O., Claire, and Lang.

Over 30 years ago, Barb and her husband discovered another wonderful family when they joined First Presbyterian Church.  They loved the strong children's program and rich congregational life.  Over the years Barb has been a choir member, an Elder, a Stephen Minister, and a Sunday School teacher.  She has come to appreciate the role a vibrant congregation serves in promoting the spiritual, physical and mental health of its members, as well as its wider community.

During her free time, Barb enjoys being active outside with friends - running, hiking, playing tennis, and biking.  She has a hard time sitting still!

David is a highly accomplished musician who has brought a wealth of experience as organist, vocalist, church musician and organ technician to our staff.  Born in Toledo, David began his musical journey at age six and secured his first church organist position at 16.  He was selected organist at a large Lutheran church at age 20 and served there several years.  During that time, he met a classmate of Dave VanderMeer, who gave David his first formal organ instruction and encouraged him to go to school to study music.

David was accepted into the University of Michigan Organ Department, and subsequently moved to Ann Arbor in 1991.  He won the 1993 Keyboard Day Organ Scholarship Competition and placed second in a National Hymn-Playing Competition in 1995.  He also was a featured recitalist at the Organ Historical Society National Convention in Detroit.  While completing his Marster's Degree, he received another organ scholarship as well as sang in the University Choir.

In 1993, David helped establish the Renaissance Pipe Organ Company in Ann Arbor, which is well known for it's quality of work and has an impressive clientele that includes many prominent Detroit cathedrals and churches.  For many years, David has sung bass as part of the Dearborn-based, 85-member Vanguard Voices, and with a also with a select offshoot vocal ensemble, The Aeolian Chorale.  Since 2014 he has served as a staff organist at Ann Arbor's Historic Michigan Theater, where he personally rebuilt and restored its nearly 100-year-old Barton organ.

David and his partner, vocalist Randall Nicholls, are stalwart residents of Ann Arbor and enjoy opportunities to collaborate in making great music.  David also enjoys good food, coffee, a well-made cocktail, dabbling amateurishly in audio recording, and many types of hands-on-projects, such as home remodeling. 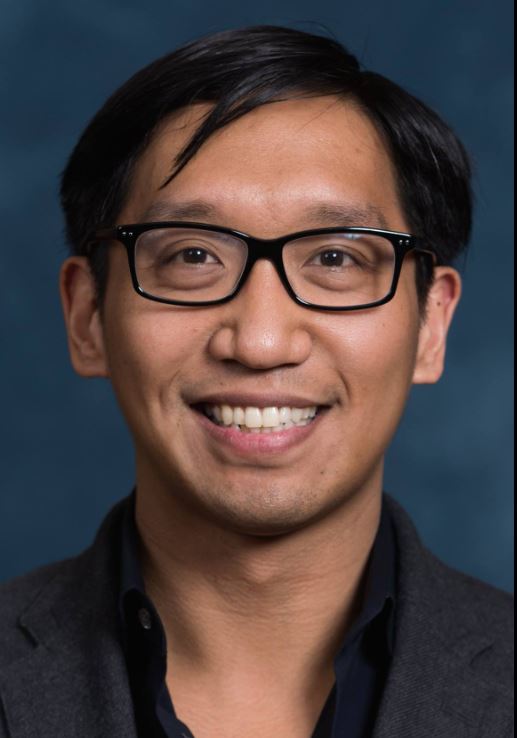 Stacey decided to become a nurse after watching the show "Emergency!" when she was a young girl.  What she remembers most about the show was how touched she was to see people devote their lives to helping others, especially during times of great need and stress.  She decided then that she wanted to help others in this way as well.

Stacey loves most being able to offer comfort and support to others in need, whether it be a physical, emotional, or spiritual need.  Every situation in which she has a positive impact and touches someone in an uplifting way is a blessing to her and she is grateful to God for these opportunities!

Stacey moved to Ann Arbor in 2003 and has been very grateful to be called here by God!  She and her husband Gregg have been married for over 31 years, and have four grown children.  She loves visiting Greenfield Village (it is her happy place!), cooking big Italian feasts, visiting with family and friends, making jewelry, drinking a good cup of coffee, listening to 70's music, and having a good book to read.

Shayla is Choral Director for grades 6-12 for the Milan area schools. Her students participate in and consistently earn top ratings for performances at the Michigan School Vocal Music Association Solo, Ensemble, and Choral Festivals and are regularly selected to participate in MSVMA State Honor Choirs. Many of Shayla’s former students now work as composers, teachers, performers, and music business professionals.
Shayla established the Ann Arbor Youth Chorale Descant Choir for beginning singers in 1992 and has directed this auditioned ensemble since its founding.  Since 1989 Shayla has taught classes and conducted the choirs for at the University of Michigan-Flint Junior Academy of Music. She was nominated by her colleagues at Barnes Elementary School for the Newsweek-WDIV-TV Outstanding Teacher Award. Shayla is an active conductor, singer and pianist, often performing with her husband, Gregg, a professional bassist. Shayla holds a BME from the University of Michigan-Flint and has completed coursework for the Master’s Degree in Choral Music Education at Eastern Michigan University.

Beca was born in Ann Arbor, raised in Cedar Rapids, IA, and came back to finish high school in Ann Arbor all the while growing up in the Presbyterian church.

When not working, Beca loves to spend time with her husband, son, newborn daughter, and parents, exploring as many places as possible - especially if it involves animals. When there is a free moment, Beca is found at the gym, dancing or reading.

Dave completed his undergraduate studies at Westminster Choir College in Princeton, New Jersey and received a Masters of Arts in Practical Theology (Worship Concentration) in 2017 from Columbia Theological Seminary in Decatur, Georgia.

Dave is a Certified Church Musician through, and past President of the Presbyterian Association of Musicians (PAM), an organization that provides resources, conferences, publications and a network of members engaged in worship, music, and the arts worldwide. He has served as the Conference Director for PAM Worship and Music Conferences at Mo-Ranch in Hunt, Texas; Albuquerque, New Mexico; and Montreat, North Carolina. He is a member of the Hymn Society of America and Canada, Choristers Guild, National Music Educators Association, American Choral Directors Association, American Guild of Organists, Handbell Musicians of America, Christians in the Visual Arts (CIVA), and the Presbyterian Association of Musicians (PAM).